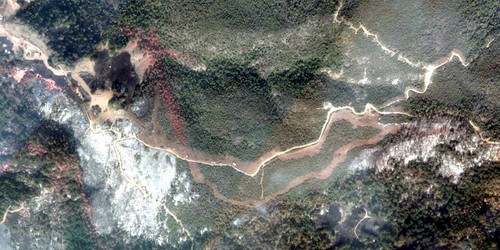 On October 8, 2017, the North Bay fires started which eventually killed more than 40 people, destroyed over 5,000 residences in Sonoma County, and burned nearly 2,600 acres of Sonoma County Regional Parks. The fires burned for many days during which time tens of thousands of people across the County were evacuated or displaced from their homes.

The open space that Regional Parks provided was integral in the control of the fires and protection of more populated areas. The large swaths of land with little infrastructure allowed firefighters to create large breaks in vegetation. The large firebreak in Hood Mountain Park and Preserve prevented the fire from moving north and west into the rest of the park and onto neighboring lands, Rincon Valley and Napa County.

The fires caused damage to six of the Regional Parks, which included both damage from the fire as well as from the fire suppression efforts.

Replacement and repair work is complete on recreational facilities damaged in the 2017 fires.

How can the public help in the repair of the Parks?