Westside Regional Park in Bodega Bay features year-round campsites and a three-lane boat launch and kayak launch on Bodega Harbor. Personal Water Craft (such as jet skis) are prohibited within Bodega Bay Harbor, and cannot be launched from the boat launch.

The park is popular with sport fishers from throughout Northern California. The park is near Spud Point Marina, Doran Regional Park, and Bodega Head, the headland that forms the entrance to Bodega Harbor.

Westside Regional Park features 46 tent/RV campsites on Bodega Harbor. Reservations are required for all campsites and can be made up to 12 months in advance. Regional Parks members get one free night of camping.

Hours
7 AM to sunset

Launch fee
$4 for trailered boats or free for members 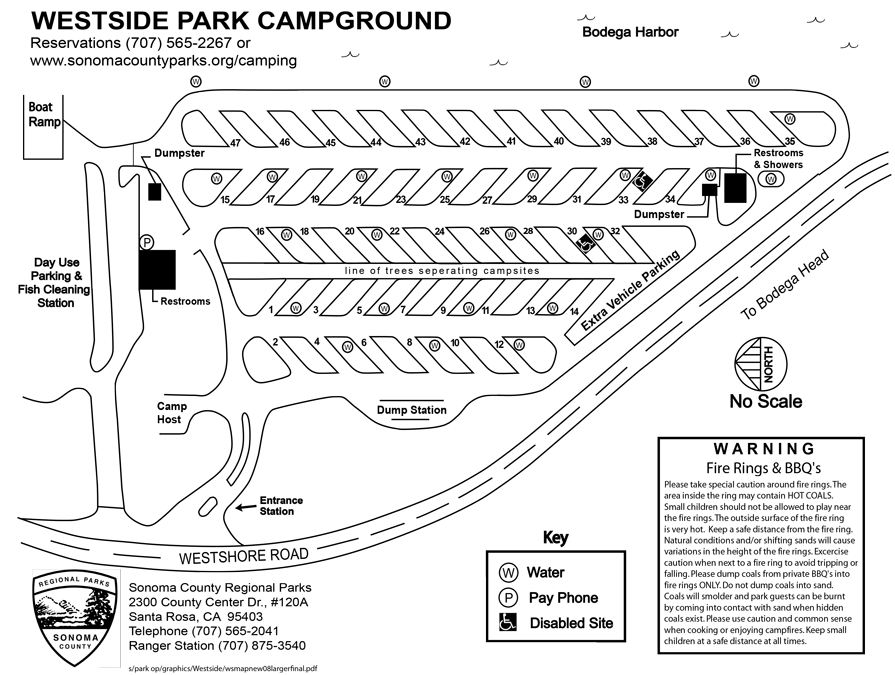