Nature is an artist whose palette expands dramatically in early spring. That’s when the bright green open spaces of Sonoma County are at first dotted, then broadly brushed, with the richest of hues.

Although coastal flowers can bloom year-round, Sonoma County’s most dizzying spring wildflower displays tend to be inland, among the meadows and vernal pools of our oak woodlands. That’s where entire hillsides turn purple with lupine and orange with poppies—and it’s where the following parks are located.

Wildflower fans like to visit these places from February to May, field guides in hand (or downloaded on smartphones) as they enjoy the beauty of nature’s most colorful artworks: 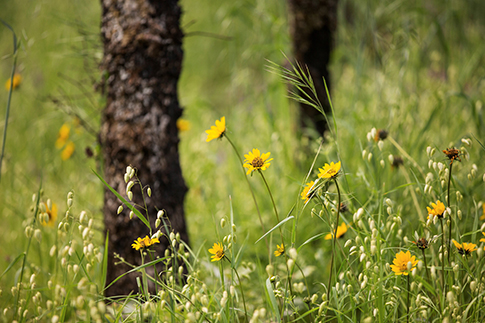 Trails named for wildflowers are always a good bet, and Sonoma Valley Regional Park has three of them: the Woodland Star Trail, which borders the park’s southern edge, plus the shorter Buttercup Trail and Milkmaid Trail. In spring these trails are brimming with their namesake flowers as well as others. Tip: keep an eye out for the Woodland Star’s small white flowers with ruffled-looking petals; this native species, which blooms in April, is endangered. See observations on iNaturalist. 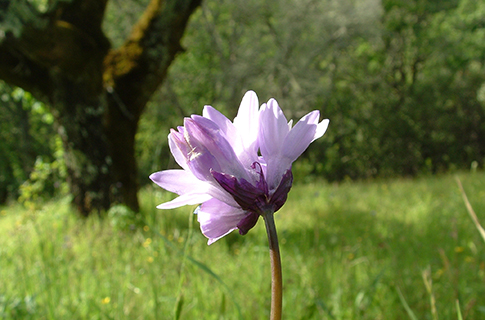 Known for its lupine, Foothill Regional Parkis a local favorite due to its diversity of trails, which wind through varying terrain—oak woodlands, ridges, hillsides, meadows and alongside three large ponds—and range from easy to challenging. Tip: look for the unmistakable leaves and slender white flowers of the wavy-leaved soap plant along—where else?—Soap Plant Trail. See observations on iNaturalist. 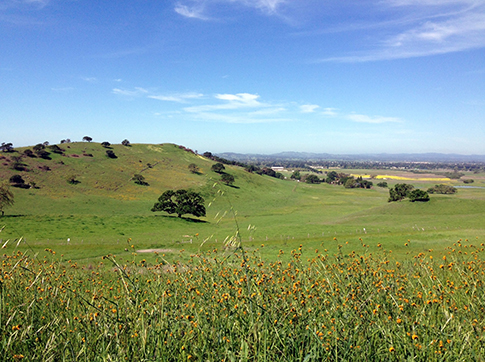 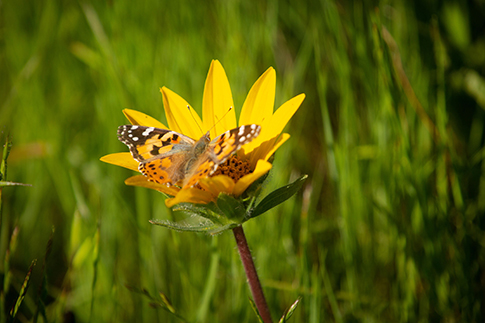 At 3,400 acres, Tolay Lake Regional Park is the largest of the Regional Parks. The park is known for its namesake seasonal lake, its Native American history, its ranching traditions, and its biodiversity including diversity of wildflowers. Tip: for a long but rewarding walk, take the Westridge Trail to its end to reach an area of serpentine soil with the rarest of wildflowers (as well as incredible Bay views). See observations on iNaturalist. 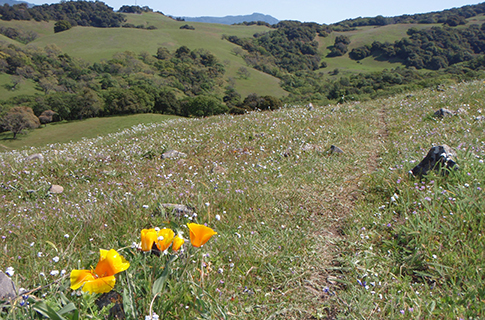 With its central location, great accessibility and hilly landscape, Taylor Mountain Regional Park and Open Space Preserve offers something for everyone when it comes to wildflower walks. Tip: the Sky Lupine Trail is a moderately challenging looped trail that weaves between the Eastern Route and Western Route while providing multiple views of the unmistakable lupine—plus orange bush monkeyflower, baby blue eyes, shooting stars and more. See observations on iNaturalist. 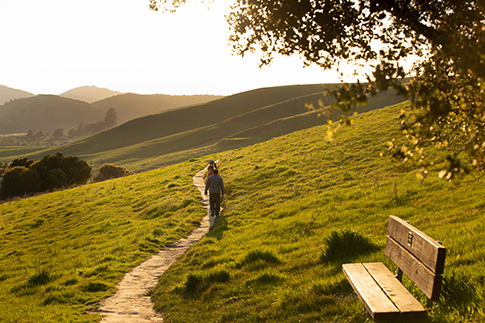 Some say Helen Putnam Regional Park rivals Sonoma Valley for best wildflower viewing in the county. Its six miles of trails, through grassy hillsides and thick stands of bay and oak trees, are alive with wildflowers including sun cup, hound’s tongue, Henderson’s shooting star and dwarf checkermallow. Tip: it’s hard to miss flowers on any Helen Putnam trail, but the Yarrow Trail offers fragrant yarrow in abundance as well as lovely views. See observations on iNaturalist.

Shiloh Ranch Regional Park features more rugged hiking than other parks on this list, with canyons, chaparral, conifer forests and other terrain alongside the oak woodlands. Tip: the Creekside Trail is notable for its dense shading and ferns, while the Canyon Trail for its majestic oaks—and either may feature a variety of charmers such as marigold, Pacific pea, rusty popcorn flower and warrior’s plume. See observations on iNaturalist.

When to Visit and Other Tips

Anytime in spring, from sunrise to sunset, is the right time to visit these parks for wildflower viewing. Parking is $7 per vehicle, or free for Sonoma County Regional Parks members. Leashed dogs are allowed on all park trails except at Shiloh Ranch Regional Park.

We recommend first downloading a digital copy of our wildflower guide as well as a digital map of the park you’re visiting. Regional Parks botanists also recommend logging in to iNaturalist, an app that crowd-sources observations by species, location and more. See this continuously updated list of all Regional Parks plant species logged on iNaturalist.

For more on spring hikes, see our list of Sonoma County trails to celebrate spring.